‘The second impeachment of an innocent man’: Mark Levin sounds off on ‘unconstitutional’ Trump impeachment

From the nearly two-year, 32-million-dollar Trump-Russia probe to the Trump-Ukraine impeachment sham to the current impeachment charade, the “rabid, Trump-hating Democrats” have been using tax payer’s dollars to cripple the Trump presidency with subpoenas, document requests, witness hearings, criminal investigations, and private allegations, since day one — and time after time, they’ve come up with nothing, BlazeTV’s Mark Levin said on “LevinTV” Tuesday. Levin noted that Sen. Patrick Leahy (D-Vt.), who claimed during the first impeachment hearings to have seen “overwhelming evidence” of the then-president’s alleged impeachable conduct, is now acting as witness, juror, and judge in the current Senate impeachment …read more Source:: The...

Simon & Schuster announced this week that one of its imprints will publish a forthcoming memoir from Hunter Biden, the son of President Joe Biden.The announcement came just weeks after the publishing house backed out of moving forward with the publication of a book from Sen. Josh Hawley (R-Mo.).What are the details?Simon & Schuster announced on Thursday that Gallery Books, an imprint of publishing house, will publish a book from Hunter Biden in April titled, “Beautiful Things.”The book “details Hunter’s descent into substance abuse and his tortuous path to sobriety,” according to a press release.The book received advanced praise from …read more Source:: The... 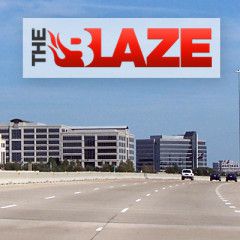 WTF MSM!? is a newsletter that puts a dose of sunlight on the mainstream media and exposes how the media twist facts, selectively report, and outright lie to advance their left-wing agenda. You can sign up for the WTF MSM!? newsletter here. In a Friday news dump, the State Department released the findings of its investigation into Hillary...

Sen. Kamala Harris (D-Calif.) claimed Friday that Rudy Giuliani has “clearly broken many laws” — but crumbled under the weight of her unsubstantiated claims when pressed by CNN host Anderson Cooper.”I’m just glad to see that the process is beginning to really do the investigation into Rudy Giuliani. He has clearly broken...

Hunter Biden was reportedly paid much more to serve on the board of Burisma Holdings, one of Ukraine’s largest natural gas companies, than originally believed, Reuters reported on Friday.Oleksandr Onyshchenko, a businessman and former member of Ukrainian parliament who knows Burisma’s founder, told Reuters that Biden was hired...

On the “Glenn Beck Radio Program” Thursday, Glenn and chief researcher Jason Buttrill recapped part of an in-depth interview with a new Ukraine whistleblower, Andrii Telizhenko. Telizhenko was an adviser to former Ukrainian chief prosecutor Viktor Shokin, who was ousted during an investigation into Burisma, the Ukrainian energy...

Trump campaign to sue CNN for bias and false advertising

WTF MSM!? is a newsletter that puts a dose of sunlight on the mainstream media and exposes how the media twist facts, selectively report, and outright lie to advance their left-wing agenda. You can sign up for the WTF MSM!? newsletter here. On Wednesday, Trump campaign lawyers sent a letter to CNN demanding “substantial damages” for...

Energy Secretary Rick Perry sent a letter announcing his intended resignation to President Donald Trump on Thursday, amid reports of disagreement between the two over the ongoing Ukraine controversy and related impeachment efforts.”It has been a tremendous honor to serve our country in your administration in such a meaningful way,”...

Diplomat: I tried to warn the Obama administration about Hunter Biden and Ukraine in 2015, but no one would listen

A diplomat who served in the State Department under former President Barack Obama testified Tuesday that he sounded the alarm about Hunter Biden’s appointment to Ukrainian energy company Burisma in early 2015, but no one seemed to care, according to the Washington Post.George Kent, who still works in the State Department as deputy assistant...

Acting White House chief of staff Mick Mulvaney’s comments about Ukraine during a Thursday press conference, and the subsequent walking back of those comments, highlighted a growing problem with the Trump administration’s defense against Democrats’ impeachment inquiry — officials don’t seem to agree on what did and what...

Donald Trump Jr. hits back at critics who compare him and his siblings to Hunter Biden

Donald Trump Jr., the son of President Donald Trump, defended himself Wednesday night from critics who have sought to compare the foreign business deals of himself and his siblings to those of Hunter Biden, the son of former Vice President and current Democratic presidential candidate Joe Biden. What are the details?Speaking to Fox News’s...

WTF MSM!? is a newsletter that puts a dose of sunlight on the mainstream media and exposes how the media twist facts, selectively report, and outright lie to advance their left-wing agenda. You can sign up for the WTF MSM!? newsletter here. One thousand days ago, Donald Trump was sworn in at noon as the 45th president of the United States. Every...