Andy SullivanWashington – Donald Trump’s second impeachment trial could conclude on Saturday, leaving a divided US Senate to decide whether the former president incited his supporters to attack the US Capitol on January 6 in a last-ditch effort to stay in power after his November election defeat.Trump is the first US president to be impeached twice and the first to face trial after leaving office. If convicted, the Senate could then vote to bar him from running for office again.Conviction is seen as unlikely, however, as at least 17 Republicans in the 100-seat chamber would have to join all …read more Source:: Independent...

David Morgan and Susan CornwellWashington – House Democrats prosecuting Donald Trump’s impeachment trial for inciting the deadly siege of the Capitol played chilling security video on Wednesday showing members of the pro-Trump mob searching the building for his vice-president, chanting, “Hang Mike Pence!”.Previously unseen videos showed the view from inside the Capitol as rioters smashed windows and fought with police on January 6, coming within 30 metres of the room where Pence was sheltering with his family. The mob had set up a gallows outside.The footage, which also included body camera views of brutal attacks on Capitol police, showed Pence …read more Source:: Independent... 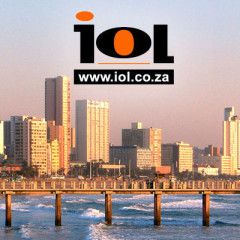 Andy SullivanWashington – Donald Trump’s second impeachment trial could conclude on Saturday, leaving a divided US Senate to decide whether the former president incited his supporters to attack the US Capitol on January 6 in a last-ditch effort to stay in power after his November election defeat.Trump is the first US president to be...

David Morgan and Richard CowanWashington – Donald Trump’s historic impeachment trial on a charge of inciting last month’s deadly storming of the US Capitol began on Tuesday, making the Republican the first former US president to be tried in the Senate.House of Representatives Democrats serving as prosecutors opened their case by...

By David MorganWashington – Forty-five Senate Republicans backed a failed effort on Tuesday to halt former president Donald Trump’s impeachment trial, in a show of party unity that some cited as a clear sign he will not be convicted of inciting insurrection at the Capitol.Republican Senator Rand Paul made a motion on the Senate floor...

Shaina Ahluwalia and Roshan AbrahamGlobal coronavirus cases surpassed 100 million on Wednesday, according to a Reuters tally, as countries around the world struggle with new virus variants and vaccine shortfalls.Almost 1.3% of the world’s population has now been infected with Covid-19, the disease caused by the novel coronavirus, and more...

Washington, United States – President-elect Joe Biden and his wife Jill will become the new White House residents when he takes office on Wednesday.Biden has made his family a major focus throughout his career, and his 2020 presidential campaign thrust them fully into the spotlight — with some members causing controversy but others...

By David Morgan and Richard CowanWashington – A week after President Donald Trump’s supporters stormed the US Capitol, the US House of Representatives gathered on Wednesday to impeach the president for his role in an assault on American democracy that stunned the nation and left five dead.At least five Republicans have said they would...

What to expect as Donald Trump heads for second impeachment

By Jan WolfeWashington – The US House of Representatives on Wednesday expects to vote on whether to begin a second impeachment of President Donald Trump, accusing him of inciting insurrection ahead of last week’s storming of the Capitol, congressional Democrats said on Monday.The following is a primer on what a second impeachment...

Top Senate Democrat Chuck Schumer said Thursday that President Donald Trump should be removed immediately from office after inciting the “insurrection” at the US Capitol.”What happened at the US Capitol yesterday was an insurrection against the United States, incited by the president. This president should not hold office one...

Jan Wolfe and Karen FreifeldPresident Donald Trump’s lawyer Rudy Giuliani has tested positive for Covid-19, Trump said on Sunday, prompting one state legislature to close for a week after Giuliani visited to try to persuade lawmakers to help reverse Trump’s election defeat.The 76-year-old former New York mayor is the latest in a long...