(Reuters) Dutch prosecutors identified a Russian military unit on Thursday as the source of the missile that shot down Malaysia Airlines Flight 17 over eastern Ukraine in 2014, killing all 296 people on board. The airliner flying from Amsterdam to Kuala Lumpur was hit by a Russian-made “Buk” anti-aircraft missile on July 17, 2014 over territory held by pro-Russian separatists. There were no survivors. Two thirds of those killed were Dutch. “The Buk that was used came from the Russian army, the 53rd brigade,” Chief Dutch Prosecutor Fred Westerbeke told Reuters. “We know that was used, but the people in charge of …read more Source: DA...

(BBC) Donald Trump’s personal lawyer, Michael Cohen, received a secret payment of at least $400,000 (£300,000) to fix talks between the Ukrainian president and President Trump, according to sources in Kiev close to those involved. The payment was arranged by intermediaries acting for Ukraine’s leader, Petro Poroshenko, the sources said, though Mr Cohen was not registered as a representative of Ukraine as required by US law. Mr Cohen denies the allegation. The meeting at the White House was last June. Shortly after the Ukrainian president returned home, his country’s anti-corruption agency stopped its investigation into Trump’s former campaign manager, Paul Manafort. A high-ranking Ukrainian …read more Source: DA... 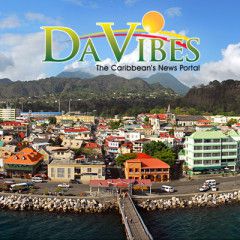 (Reuters) Libyan naval forces captured two vessels suspected of smuggling oil from the North African country after gun battles lasting several hours west of the capital Tripoli, a spokesman for the service said on Friday. Libyan forces frequently capture vessels smuggling oil and arms off the coast and the North African state has become a haven...

Hong Kong (CNN) Philippines President Rodrigo Duterte said Thursday he has ordered military personnel to occupy all Philippines-claimed islands in the disputed South China Sea. “We tried to be friends with everybody but we have to maintain our jurisdiction now, at least the areas under our control. And I have ordered the armed forces to occupy...