By The GlobalistA steep decline from one of the biggest spenders after several bumpy years in global politics.1. Russians are the 11th-largest spender in absolute terms on international tourism, according to the 2017 UN World Tourism Organization report. 2. This is down very significantly from fifth place in 2014. 3. After Russia’s annexation of Crimea in 2014, the European Union and United States imposed sanctions on Russia. Ranking Russia: A “Just The Facts” Series Russia’s Smoking Problem The Russian Military-Industrial Complex by the Numbers Russian Migration: In and Out Russia’s Global Tourism Russia: Energy Resources and Corruption Perception Russia’s Amber Waves of Grain 4. …read more Source: The... 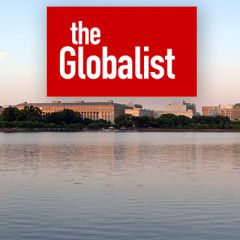 By The GlobalistA steep decline from one of the biggest spenders after several bumpy years in global politics.1. Russians are the 11th-largest spender in absolute terms on international tourism, according to the 2017 UN World Tourism Organization report. 2. This is down very significantly from fifth place in 2014. 3. After Russia’s...

Russian Migration: In and Out

By The GlobalistRussia is home to a million more immigrants than its large emigrant diaspora.1. Russia has the world’s third-largest population of immigrants. As of 2015, Russia has a foreign-born population numbering 11.6 million. 2. This figure means about 8% of Russia’s population is foreign-born. 3. Many of these migrants hail...

Is Economic Autarky Russia’s Only Option?

By Branko MilanovicEven Chinese entities, if they themselves plan to do business or raise money in the United States, will avoid doing business with Russian entities.What the current sanctions that have been imposed on Russia, and those that may yet come (for example, on Gazprom), show is that the country now finds itself at the same crossroads...

The IMF Wakes Up to Fight Graft

By Frank VoglThe IMF finally realizes that assigning priority to anti-corruption is not a choice but a necessity. It is now deemed a “macro-critical” issue.The International Monetary Fund is awakening from a long sleep with regard to combating corruption. If the IMF’s new policy announcements are followed by tough action, then the global...

By Barry WoodPutin rules like a Czar, deeply conservative, fearful of unrest, placing stability above all else. In August 1991, reporter David Remnick stood in the crowd outside the Russian parliament when Boris Yeltsin mounted a tank to denounce an attempted coup that would have brought back communism. On that day, as Remnick writes in his 1994...

By Rafal RiedelThough the Polish economy faces external threats, the greatest challenges remain inside the country. The challenges which the Polish economy currently faces consist of the external threats as well as the internal ones. Outside Poland, it is the fear of Russia that is perceived most sharply in Warsaw. Poland is the only EU country...

By Andrzej MilczanowskiIn its blind effort to reinvent Poland’s past, the current government turns former employees of the country’s security services into scapegoats.Ever since I can remember, I’ve felt a deep-seated hostility to Communism. In the fall of 1939, when I was a new-born, the Soviet Union invaded my hometown....

By Frank VoglU.S. Special Counsel Robert Mueller is determined to go after Washington’s dark money pools.The keys to unlock the depths of conspiracies between the 2016 “Trump for President” campaign and the Kremlin may rest in what has been carefully excluded(!) by prosecutors in the recent indictment of Paul J. Manafort Jr., the...

Turkey: Europe Out, Middle East In

By Soner CagaptayAs the primary source of tourists visiting Turkey shifts from Europe to the Middle East, a 150 year-long era comes to a close. Tourism is a major part of Turkey’s economy, generating an estimated $35 billion in annual revenues. In 2014, nearly 37 million tourists made trips there, making Turkey the sixth most visited...