KYIV – Ukraine’s Parliament passed a controversial bill that pro-presidential lawmakers say aligns legislation closer to reality on the ground in war-torn Donbas. Exactly 280 deputies – 56 more than needed – voted on January 18 for President Petro Poroshenko’s measures to name Russia as an aggressor state and designate areas Kyiv doesn’t control as “temporarily occupied territories” in a law that could potentially limit the human rights of residents in the two easternmost oblasts of Luhansk and Donetsk. …read more Source: The Ukrainian...

A court in Ukraine’s Russia-controlled Crimea region has sentenced pro-Kyiv activist Volodymyr Balukh to three years and seven months in a high-profile retrial on a weapons- and explosives-possession charge. The Rozdolne District Court on January 16 also ordered Mr. Balukh to pay a 10,000-ruble ($175 U.S.) fine. …read more Source: The Ukrainian... 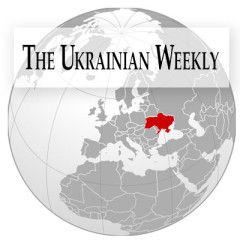 Patriarch Filaret: ‘Independent Ukraine not possible without an independent Church’

Solomia performs to raise funds for Ukraine’s orphans of war

WASHINGTON – When the Ukrainian singer, composer and poet Solomia entered the stage at St. Andrew Ukrainian Orthodox Cathedral on December 4, the people in the audience knew that all the proceeds from the ticket sales would go to help feed, clothe and care for the many orphans who lost their parents in the armed […] …read more Source: The...

Former president faces charges of high treason KYIV – From the outset, post-Soviet Ukraine’s fourth president, Viktor Yanukovych, started lying. “I’ve never committed a crime,” he said via video link from a Russian court in Rostov-on-Don on November 28. It was his first testimony to a Ukrainian court, given as a witness, and related...

KYIV – Hundreds of Kyiv residents, including Ukrainian President Petro Poroshenko and First Lady Maryna Poroshenko, took part in a solemn ceremony to commemorate the Holodomor, or death by forced starvation, on November 26 in Park Slavy (Glory Park). Millions of Ukrainians were starved to death in 1932-1933 on the orders of Soviet dictator Joseph...

Talks in Minsk on resolving the conflict in eastern Ukraine have ended with the foreign affairs ministers of Russia, Ukraine, France and Germany all saying no new breakthroughs were made. German Foreign Affairs Minister Frank-Walter Steinmeier said the November 29 meeting in the Belarusian capital concluded with negotiators far from reaching a...

Kyiv says Russia has at least 5,000 troops in eastern Ukraine

KYIV – Ukraine’s Defense Ministry has said Russia has between 5,000 and 7,500 regular military troops inside Ukrainian territory, not counting the annexed Ukrainian region of Crimea. Deputy Defense Minister Ihor Dolhov told journalists in Kyiv on November 29 that Russia has 23,000 troops in Crimea, including about 9,000 along the...

On the human rights situation in Crimea

Following is the text of the U.N. Resolution on the Situation of Human Rights in the Autonomous Republic of Crimea and the City of Sevastopol (Ukraine), adopted on November 15 by the General Assembly’s Third Committee (Social, Humanitarian, Cultural). The vote was 73-23, with 76 abstentions. As noted by the Permanent Mission of Ukraine to...

The following statement and appeal was issued by the Ukrainian World Congress on November 19. The Ukrainian World Congress (UWC) condemns the military actions of the Russian Federation in Ukraine and Syria including the ongoing build-up of troops, weaponry and aircraft in this region. Emboldened by some wavering on the part of the international...

Why the past matters for the future

As Americans sit down to their Thanksgiving meals, Ukrainians commemorate the memory of millions who were murdered in 1932-1933. The last Saturday in November is Holodomor Remembrance Day in Ukraine, a time to mark the anniversary of Joseph Stalin’s engineered starvation of the nation. In the West, the date should also be remembered as a...

Initiating a dialogue with the next president of the U.S.

WASHINGTON – The U.S.-Ukraine Foundation (USUF), in partnership with the Friends of Ukraine Network (FOUN), transmitted a set of initial policy recommendations to the Trump-Pence transition team. USUF President Nadia K. McConnell wrote to Vice President-Elect Mike Pence as the head of the transition team: “Support for Ukraine has always been and...