Customs officer proposed to girlfriend by setting up drug bust

A customs officer proposed to his girlfriend by setting up a drugs bust. Oksana Tichkovskaya was travelling back to Ukraine with her mother from Poland when she was pulled over at the border by officers with sniffer dogs, the Daily Mirror reports…. …read more Source: Jamaica...

The United Kingdom’s Guardian newspaper has ranked the autobiography of Jamaican Mary Seacole as Number 62 on its list of the top 100 nonfiction books in history. The autobiography, entitled “The Wonderful Adventures of Mrs. Seacole in Many Lands,” was published in 1857 Seacole is sometimes known as “the black Florence Nightingale” for her work as a nurse in the Crimean War. Seacole was born Mary Jane Grant in Jamaica in 1805 during slavery and died in England in 1881, finding her final resting place at St. Mary’s Roman Catholic cemetery in London. During her life, she was revered and …read more Source:... 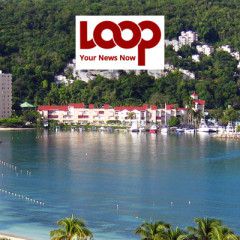 A German parliamentary assembly will elect the country’s new president on Sunday, with a respected former foreign minister who last year called Donald Trump one of the world’s “hate preachers” the overwhelming favourite to win. The German president has little executive power, but is considered an important moral authority....

Seven Russian sailors and a Ukrainian have been kidnapped from a cargo ship in Nigerian waters, the Russian embassy in the West African nation said Wednesday. The kidnappings come less than three months after three Russians were taken hostage off a ship in Nigerian waters and freed weeks later. The Russian embassy posted messages on social media...

President Donald Trump is pressing the need for more stringent screening while his immigration order is on hold by the courts. Trump says in remarks at the U.S. Central Command at the MacDill Air Force base in Florida that, “We need strong programs” so that “people that love us and want to love our country and will end up loving...

Republicans seek distance from Trump’s comments on Putin, US

President Donald Trump has long expressed a desire for improved relations with Moscow. However his latest comments about Russian President Vladimir Putin and the U.S. are leading some fellow Republicans to take a step back from the president – on this issue at least. Told by Fox News’ Bill O’Reilly during an interview that the...

Belarusian leader lashes out at Russia

In a sign of growing friction between the two ex-Soviet neighbours, Belarusian President Alexander Lukashenko criticized Russia Friday for cutting oil supplies. Lukashenko ordered his interior minister to press charges against Russia’s top food safety official and firmly refused to host a Russian air base. In a live news conference that...

None of the Russian athletes recently stripped of their Olympic titles for doping have returned their medals, the country’s Olympic committee said Thursday. Russia has had 18 medalists disqualified in doping cases from Olympic retesting from the 2008 and 2012 Games. Ten more Russians are also obliged to return medals they won as part of...

Jamaica’s 4x400m women’s relay team has been upgraded from bronze to silver after Russia was stripped of the silver medals the country won at the London 2012 Olympics after Antonina Krivoshapka tested positive for a banned substance. This was revealed by the International Olympic Committee (IOC) on Wednesday. The United States won the...

May’s mission to woo Trump a success, but makes some uneasy

Prime Minister Theresa May went to Washington, and President Donald Trump extended the hand of friendship. Literally. May left Washington after a 24-hour visit as Saturday’s British newspapers splashed front-page photos of the two leaders touching hands as they walked at the White House before a strikingly collegial news conference. May...

Influential Russian security chief Nikolai Patrushev says Moscow has high hopes for a scheduled telephone call between Russian President Vladimir Putin and his U.S. counterpart Donald Trump. “Everything will be positive,” Patrushev said Saturday, according to Russia’s Interfax news agency. He is the secretary of Russia’s...